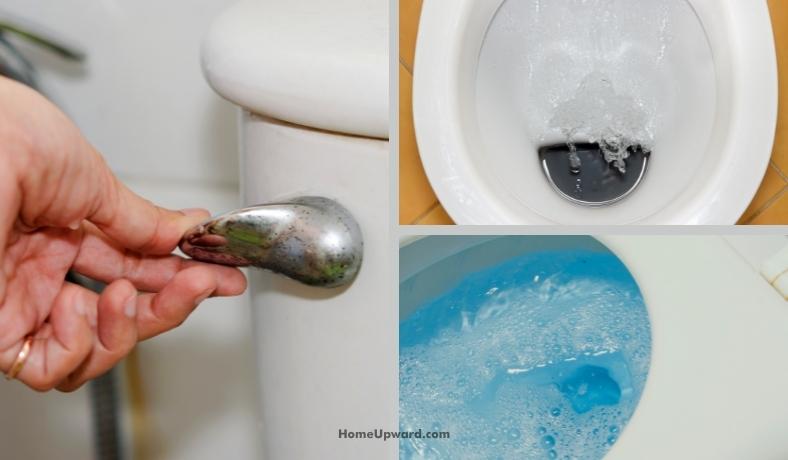 Got toilet problems? Don’t you just absolutely hate it when your it won’t flush right?

Read on to learn the main reasons why this may be happening.

This article is part of the toilet information main page.

5 Reasons Why Your Toilet Has A Weak Flush 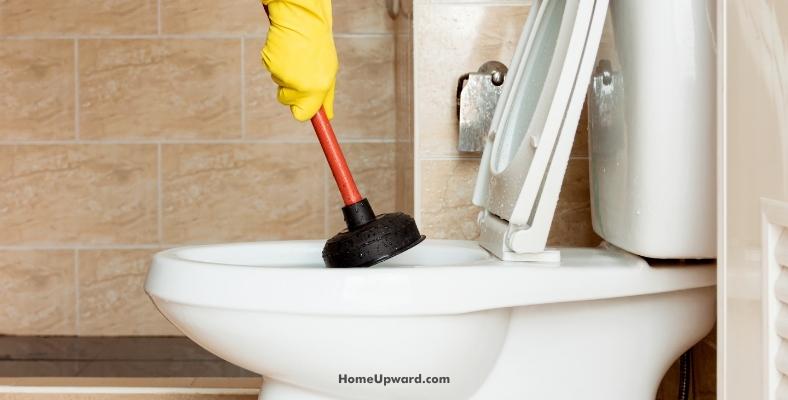 There are a number of possible reasons for your toilet’s weak flush. Here are the most common ones.

A toilet clog is the most common reason for a toilet with a weak flush. If your toilet is clogged, it will not be able to flush properly and will likely need to be unclogged.

If your toilet constantly clogs, it may be time to replace the flapper valve. The flapper valve allows water to enter the toilet bowl when you flush. Over time, the flapper valve can become worn out and no longer seal properly, sometimes caused by hard water forming a calcium buildup on the valve.

Water will then leak from the tank into the bowl, which will reduce the amount of water available for flushing.

A loose toilet handle or an unclipped chain can be a likely cause of a toilet weak flush.

If the handle is loose, the bolts that hold it to the tank are probably loose as well. To fix this, simply tighten the bolts with a wrench.

As for the chain, it may be that it’s become disconnected from the flush lever inside the tank. Again, this is an easy fix – simply reattach the chain and make sure it’s clipped to the lever.

This one’s less common but still worth checking. Rim jets are small holes around the edge of the toilet bowl that help to rinse away waste.

If they’re clogged it can a weak flush strength since less water is squirted into the bowl. You can use a toilet brush or a plumber’s snake to clean the rim jets.

Why Do I Have To Flush My Toilet Twice? 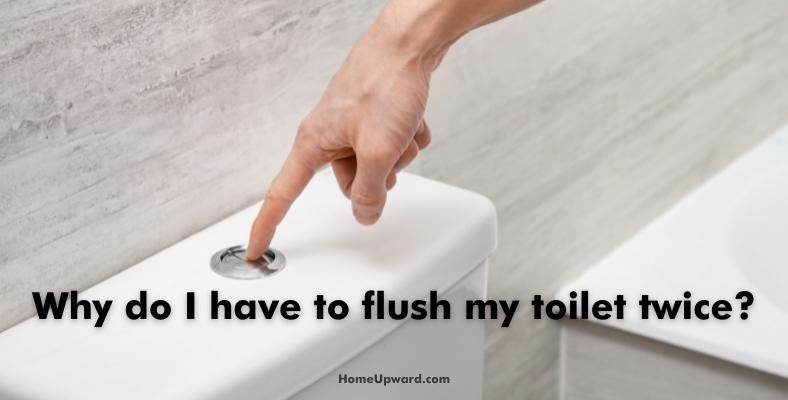 The answer has to do with the design of toilet bowl flush holes. When you push down the flush handle, water is released from the tank and flows into the toilet bowl through these holes.

The amount of water flow that goes in the bowl is determined by the hole size and the toilet flush power. If there are too few holes or not enough water pressure, the toilet won’t be able to clear out all the waste in the bowl completely.

This can also happen if there’s a problem with your sewage line plumbing such as:

Clogged pipes are fairly common and may need a drain cleaner or snaking to clear. Some do clear over time, however. Using a toilet plunger can often put enough pressure on the clog to force it free.

What Causes a Toilet Tank To Take Too Long To Refill or Keep Running? 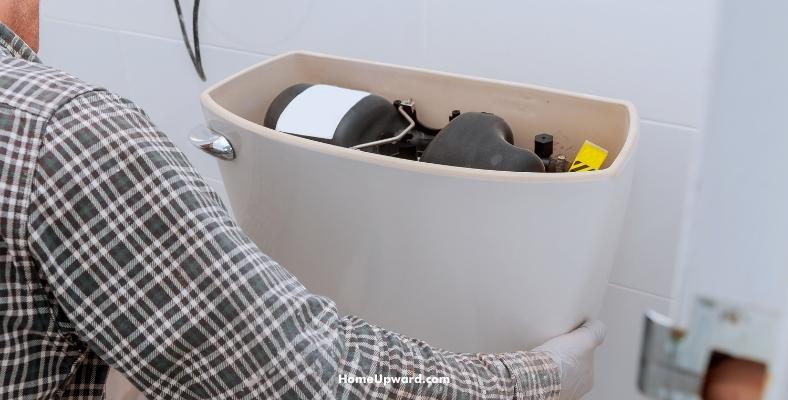 This is a really common problem! You flush the toilet, and the tank takes forever to refill, or even worse, it starts running constantly.

There are two leading causes of a slowly refilling toilet tank or constant escape of water from it:

What causes a toilet tank to never refill?

A sticking or faulty float valve is one main reason a tank will never fill up with water. Over time the surfaces between its moving parts and the plastic piping can stick due to friction, meaning it can’t move upward and open the refill valve due to the float.

You can try adding a non-water-based lubricant or grease and see if that works. In some cases you’re better off replacing the float and/or valve assembly because it tends to happen again later over time.

Should the Toilet Tank Empty Completely When Flushed? 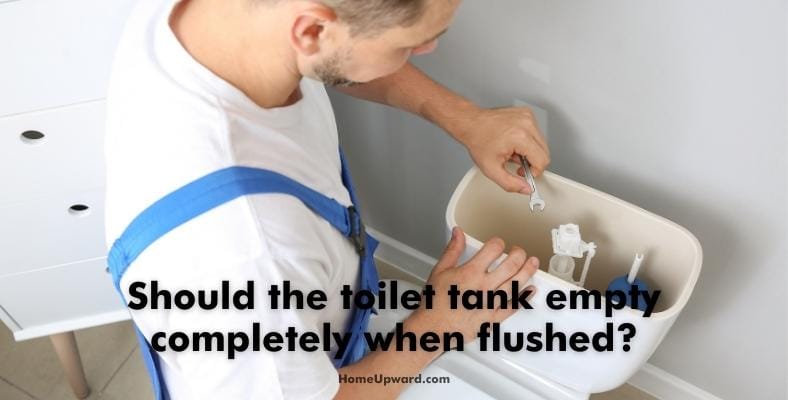 No, the toilet tank doesn’t have to be completely empty when flushed. If it does it means that the flush valve is not closing correctly, and water is leaking out.

Generally speaking, most of the tank’s water should empty out when you flush the bowl. However, in many cases it’s normal to have some water left still in the tank. Not all toilet tanks can drain completely.