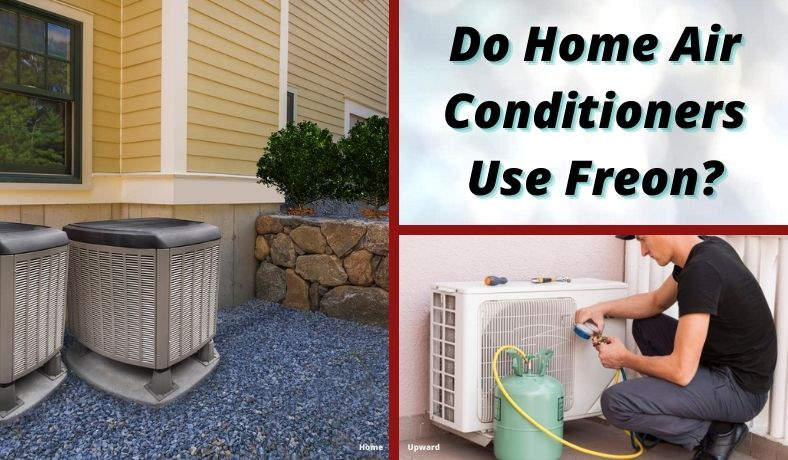 Air conditioning is fantastic (when it’s working ok!) and even a necessity depending on where you live. Being informed about what AC is, how it works, and the facts behind freon refrigerant can help.

But do home air conditioners use freon? In this article we’ll answer this and much more. In fact, you’ll learn a lot about AC.

Do home air conditioners use freon?

Because people often use the word “freon” to describe any coolant in an air conditioner, let’s clear up what freon is exactly.

What is air conditioner Freon?

Freon is the brand name given to a kind of refrigerant based on chemical substances called fluorocarbons. It’s a registered trademark of the Chemours Company, a spin-off of DuPont. Freon is the commercial name of a group of refrigerants that includes:

R-22 is the Freon used in many home conditioners.

Does freon have a smell? What does it look like?

Nope, you can’t smell it! Freon is odorless, colorless, nonflammable, and noncorrosive. It has been used as a refrigerant since the 1930s.

However, air conditioning systems often mix the refrigerant with a very light lubricant and/or leak detection substance. Those usually do have a smell that can be detected if freon escapes somehow.

To make Freon, scientists substituted 2 chlorine atoms and 2 fluorine atoms for the 4 hydrogen atoms in methane.

How do air conditioners use Freon to create cold air? 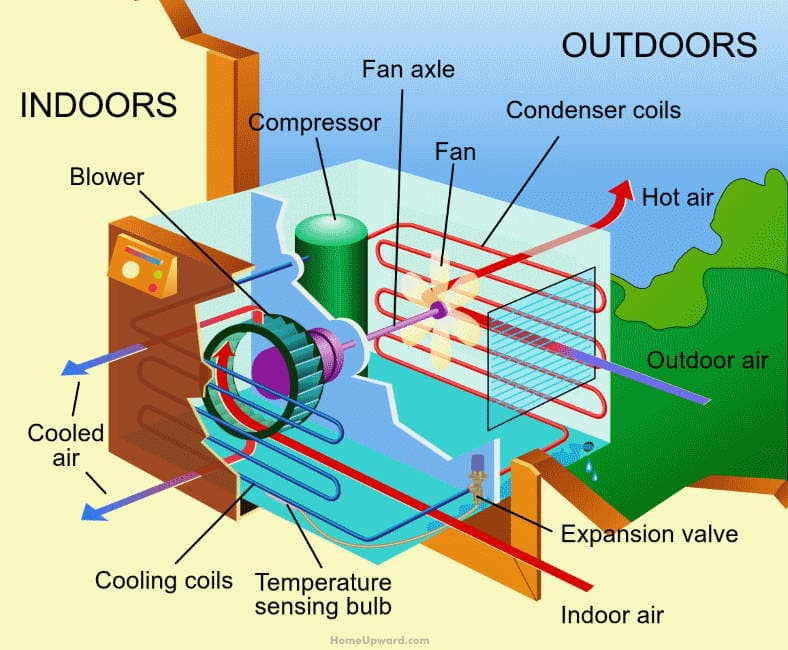 Diagram showing a home air conditioner and the main parts. AC units circulate coolant and use the properties of pressure to remove heat, blowing it outdoors via the exhaust side. The blower fan blows cool air into the room.

Each air conditioning unit needs a cooling agent, such as Freon, to create the cold air. An AC unit has a system of coils and compressors inside of it. An air conditioning unit puts the refrigerant gas under pressure in a sealed metal tubing system by compressing the gas (R-22). This makes it very hot.

As the gas circulates and travels through the coils, it cools down and changes into a liquid. When the Freon is in this form, it absorbs the heat from the outside air and in turn, pushes the cold air out. Fans are used to remove heat from the circulating refrigerant as well as blow the cold air into your home indoors.

It’s a continuous cycle of hot air in, cold air out. Most of the time a compressor is powered by an electric motor and similar for the fans as well.

Air conditioning in a car or truck works about the same except that the compressor is driven using motion from the engine. Also, vehicles typically use a different type of refrigerant.

Otherwise, they work the same as most building or home air conditioning systems.

What refrigerant does home AC use? 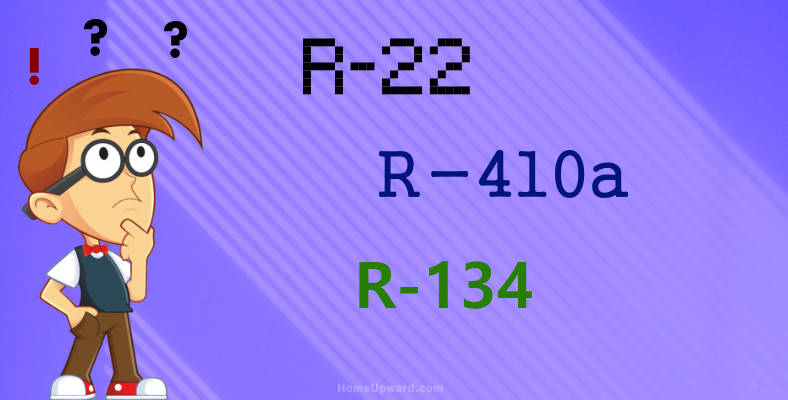 In the early days of air conditioning, the most commonly used refrigerants were chlorofluorocarbons (CFCs). In the 1970s, the scientific community determined that these chemicals were building up in the atmosphere and damaging the ozone layer.

In 1987, 27 countries came together and agreed to help reduce CFCs and other chemicals determined to be damaging the ozone by 50% by the year 2000. This treaty was called the Montreal Protocol.

As a replacement, hydrofluorocarbons, including Freon, (also known as HCFC-22 or R-22) became the main refrigerant chemical that was used in both heat pumps and residential air conditioning units. Unfortunately, as time went on, scientists found that Freon also contributes to global warming and depletes the ozone layer.

Because of this, those who signed the Montreal agreement agreed to phase out Freon as well. In 2007, the United States mandated that no new air conditioning systems that used R-22 were to be manufactured or installed after January 1, 2010.

Importation and production of R-22 were also slated to be stopped by January 1, 2020. This means that it’s increasingly difficult to obtain replacement chemicals and parts for units made before 2010. If you need Freon today, it will need to come from a stock of recycled Freon.

How can I tell which refrigerant my air conditioner uses?

You can find out which refrigerant your air conditioner uses by looking at the manufacturer’s data plate. This might be located on the side of the condenser, inside the housing, or near other major areas of the unit.

Some manufacturers make it super easy by putting an additional sticker on the condenser with just information about the refrigerant on the outside.

Do window AC units use freon? 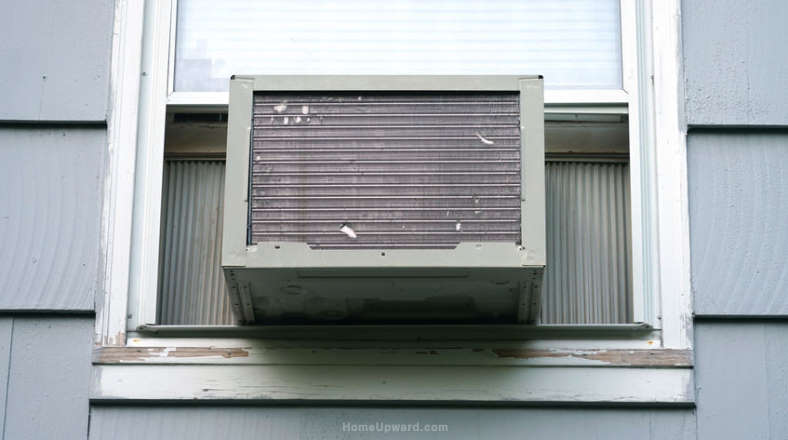 How much refrigerant is in a home air conditioner?

In general, for every 1 ton of your air conditioning unit, you need 2 to 4 pounds of refrigerant. This exact information should be found in the manual for your unit, so check there first.

The average home air conditioning unit is between 1 and 5 tons. Anything over 5 tons would be considered a commercial-grade unit. 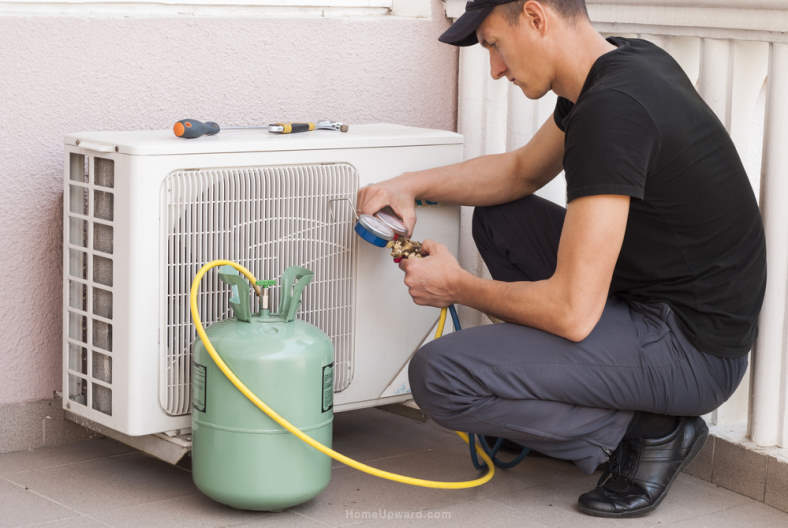 You should never need to add more Freon to your air conditioner unless there’s a leak. An air conditioning unit doesn’t “use up” refrigerant.

An air conditioning system will never need to be “recharged.” If a tech tells you this, they are scamming you. If there’s a leak, it needs to be fixed and the system will need to be refilled.

The first sign of a refrigerant leak is that your air conditioner will not be adequately cooling your home and cold air won’t be blowing out of the AC unit’s cold side. Once that happens take a look at your unit and check for frozen coils on your unit.

If the coil isn’t properly absorbing heat, the condensation on the coils will freeze.

If your air conditioner isn’t adequately cooling your home due to a leak, your electric bills may be very high because you’ll have to keep it running longer (either manually or in auto mode) since the compressor will be kept running longer.

An AC unit blowing warm air may not always mean that there is a leak. It could be something simple like a clogged filter or valve that’s clogged, causing the system to not remove heat from the air.

How HVAC technicians check for leaks

If you’re suspicious that your AC unit needs freon, call a reliable tech to take a look at it. A professional can troubleshoot your system and get to the root of the problem. Trained heating, ventilation, and air conditioning (HVAC) technicians check the refrigerant pressure levels as well as verify if refrigerant has truly escaped or not.

If there is a leak, it’s important that it’s fixed properly and the correct amount of refrigerant is added back into the system. Even if you “top up” freon in a system that has a leak, it’ll eventually fail again.