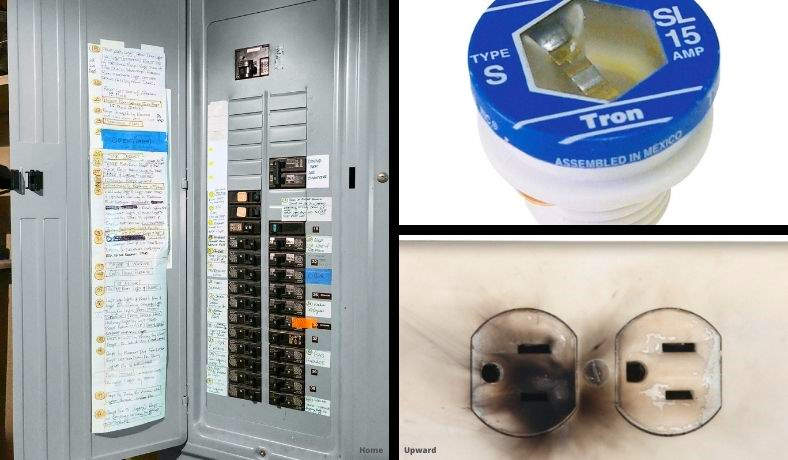 Electrical fires can be deadly. They happen quickly, often without warning, and spread inside walls. Electrical fuses and circuit breakers are incredibly important for protecting your home and making sure your family is safe.

Let’s dig into how fuses or circuit breakers work and how to reset a fuse or breaker once it’s tripped.

Background: How power works in your home 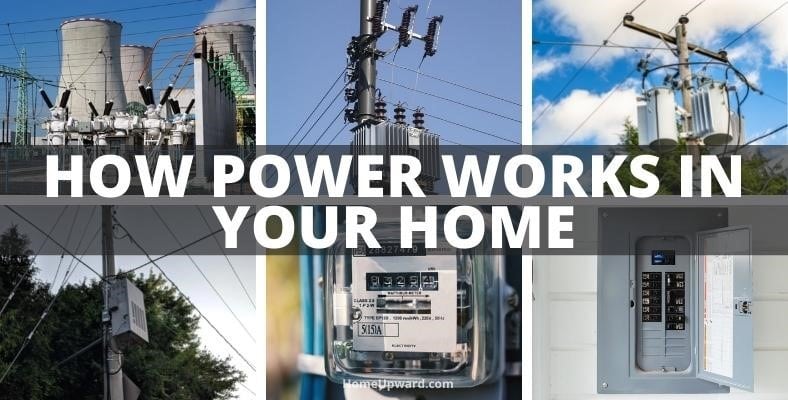 First, let’s give a brief overview of how electricity gets to your house:

Check out this cool video where “This Old House” electrician Scott Caron shows how fuses and circuit breakers work to keep you safe!

How do fuses and circuit breakers work? 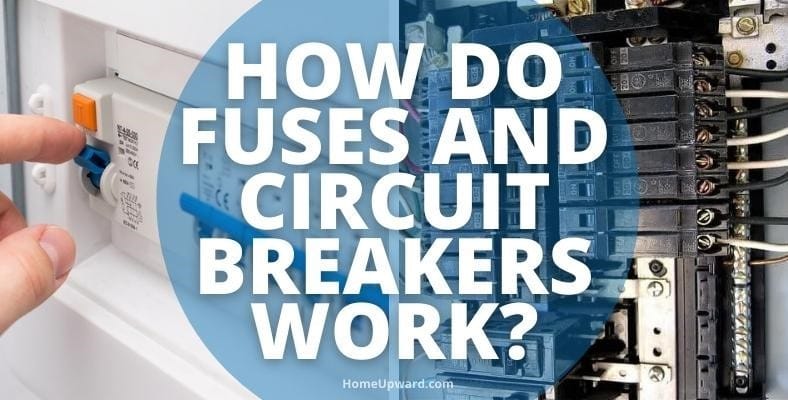 Circuit breakers or fuses are inside your service panel. They help to measure and control the voltage, current, and resistance of electrical charges.

Each of these pieces works together to ensure that there isn’t too little or too much charge in one area. Too much flow could cause the wiring to overheat, which is how fires are caused.

Your circuit breaker measures the levels of electrical current running through your home. If the current’s flow is too high or too low, it will either blow a fuse or trip a circuit, cutting off the power.

What is a fuse?

A fuse is a small, simple device that protects your home’s overall circuit by interrupting the flow of electricity permanently once an unsafe power load attempts to exceed safe limits.

Generally speaking, they’re made of a small, thin wire or filament in a casing. The casings can be metal, ceramic, or glass.

Under normal load, electrical current flow passes through the fuse without a problem. If there’s too much load on the circuit (the power drawn requires a higher electrical current than should be happening) then the fuse will melt – instantly for standard fast-acting fuses or with a slight delay for slow blow fuses.

Once a fuse has had its filament fully or partially burned open (an open circuit condition), any electrical devices lose their power. The downside of fuses is that they have to be replaced once they’ve done their job one time.

There’s a very, very wide range of different types for home, car, and electronic use. Likewise, some are difficult to replace while some are very easy. A few types even include a visual indicator to help you know the fuse is burned out.

What is a circuit breaker?

Think of GFCI (Ground Fault Circuit Interrupter) plugs that are located in your bathroom or kitchen. These small devices are usually connected to bigger ones on or near your power supply and are sometimes required by electrical codes to be installed during home construction or modifications.

What is the purpose of fuses and circuit breakers?

The main purpose of fuses and circuit breakers is safety: by interrupting the flow of electricity when an unsafe condition begins, the wire is prevented from overheating and a fire being started. In fact, unsafe wiring is one of the most common causes of home & building fires.

Correctly rated (and used) fuses or circuit protectors do a great job of preventing this. 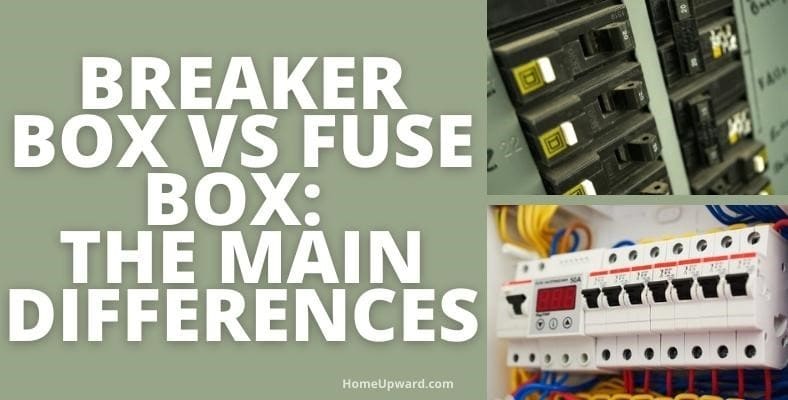 Both circuit breakers and fuse boxes protect your home from an overload or worse, an electrical fire.

A fuse box is made up of many smaller fuses, usually arranged in a circle. Each of the smaller fuses protects an appliance or area of the home, and they are more sensitive to current changes. In a fuse box, the individual fuses can be replaced, and if one is burnt, you just replace the individual fuse. They are relatively cheap, and most home improvement stores and hardware stores sell them.

A breaker box has the same function, except instead of a piece that must be replaced, there is a switch that has to be flipped. These can be reused over and over, but are not as sensitive to current changes.

What do the numbers on a circuit breaker mean? What about fuses?

Your home’s electrical panel has individual circuit breakers, usually aligned from top to bottom in an orderly fashion. Typically, but not always, they’re also labeled for the rooms they supply power to and even some devices like a water heater, light fixtures, and so on.

Often there’s one circuit breaker located at the top of the box that is bigger than the others. This is the main power line and will shut off the power to everything.

The numbers on a circuit breaker are the current rating, in amps, that the circuit will allow before it trips and interrupts power. You’ll often also see numbers like 120 or 240 – this alternating current (AC) voltage it’s designed for.

A breaker’s amperage capacity will also be listed either individually by rows or a table with notes for the building’s different wiring circuits (electrical wiring branches distributed throughout the place).

Other ratings on them

Other circuit breaker markings may include overcurrent rating and other types of current flow measurements or electrical code numbers. Like circuit breaker boxes, the numbers in a fuse box show how many amps each fuse will allow for a circuit.

Note that fuses don’t always have to be of the same rating although most usually are. It depends on the home’s wiring and the electrical rules that apply when it’s designed and built.

Remember the golden rule of circuit protection: when replacing fuses, make sure you replace one with the same voltage and current rating! Never use one larger than the original or that exceeds electrical code requirements.

Some boxes will also have numbers on the very outside of the switches or fuses that correspond to a list on the inside of the box. This is to help you know which breaker powers what appliance or area especially when something causes a breaker to open.

How to find a tripped breaker in a breaker box 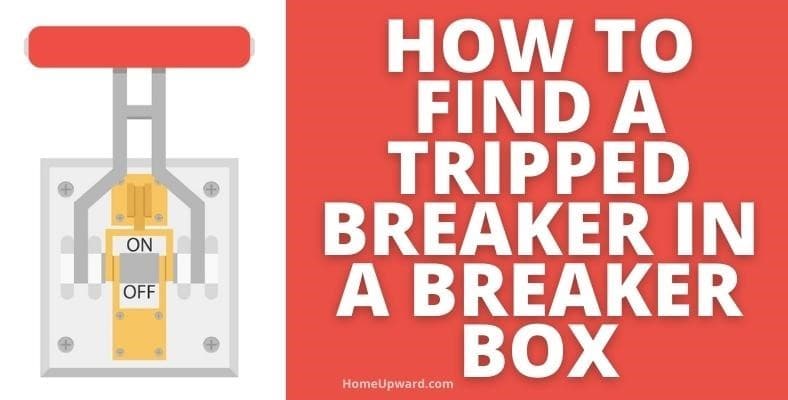 When a fuse trips, it’s easy to see – it will be burnt. However, circuit breakers are slightly more difficult. A tripped breaker has a switch or handle that appears to be moved away from its original position.

Usually it’s a fair amount while in some cases it moves just a little bit and can be slightly harder to spot.

How to reset a tripped circuit breaker

How do auto-reset circuit breakers work?

Many (but not all) use a metal element that moves out of place as it heats then returns to its original state once it has cooled, much like mechanical light blinkers in older cars.

How to tell if a fuse is blown 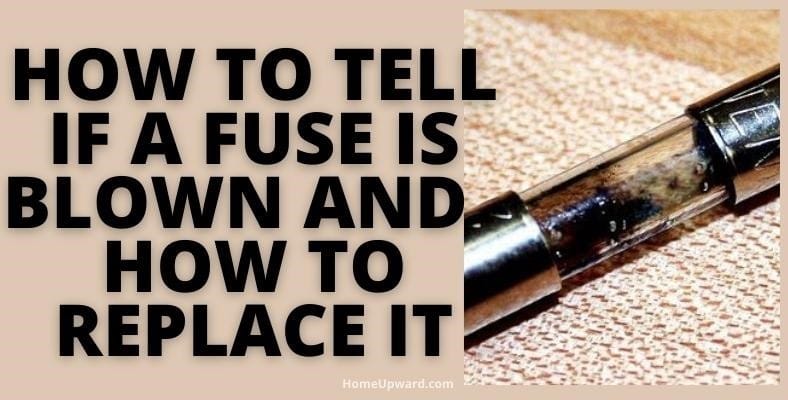 Fuses can’t last nearly indefinitely but things do go wrong – so it’s really important that you can tell the difference between a blown fuse or faulty fuse and a good one.

As they’re normally made inside a glass object or tube, you’ll most likely see:

While they’re not made from the same elements, it’s interesting how a blown fuse can look very similar to a blown light bulb – both as a result from the filament burning up and opening the wire inside.

How to replace a blown fuse

Fuses are relatively cheap, so it’s smart to keep a few extra in stock in your home in the event one blows so you’ll be ready next time. 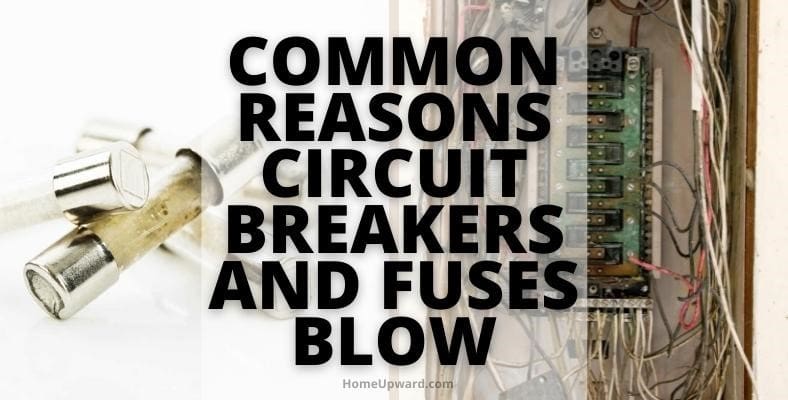 Also, replacing a slow-blow fuse with a fast blow one will soon lead to the same problem. That’s because slow-blow fuses are designed to handle momentary peaks of amperage caused by some appliances or other devices.

Note that slow-blow fuses are not to be used in the place of standard (fast blow) ones.