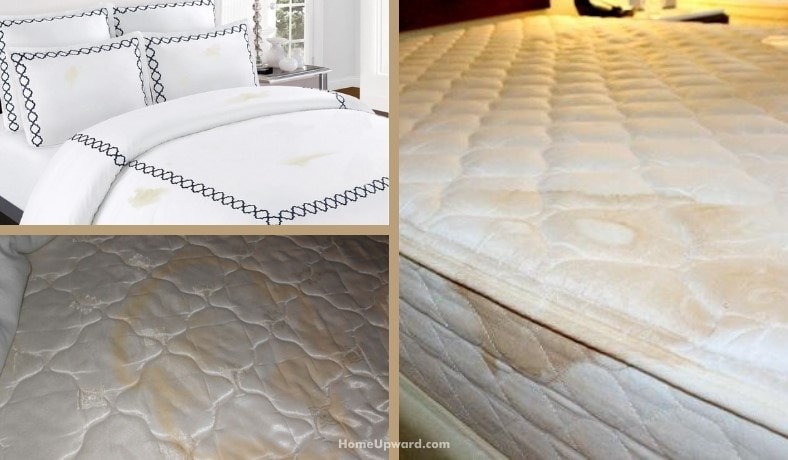 Let’s get two things out of the way first:

Read on to learn how to clean those stains and get on with your life!

This article is part of the stain removal guide main page. 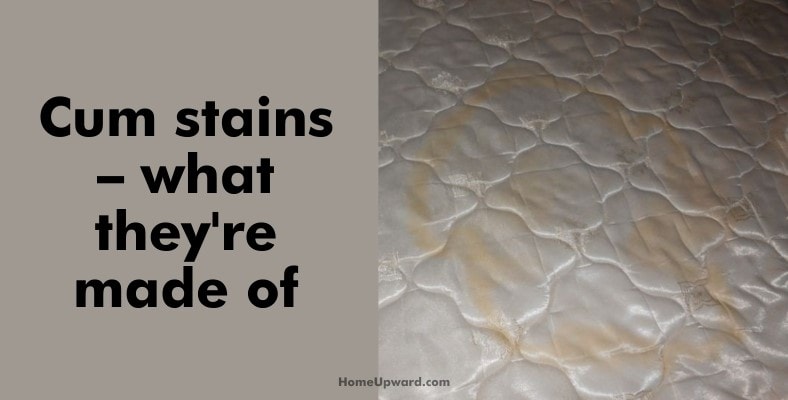 That’s fair to some extent – there’s a whole velocity issue there that means semen stains are probably the most unusual stains you’ll ever deal with, and at close range can be a rather annoying one to have, too.

What are these types of stains made of?

Mostly, protein. A little fatty acid, a little prostatic fluid to neutralize the acidity of any vagina the semen happens to encounter and give the sperm cells a fighting chance not to die during physical activity. In addition, it also contains a little fructose for cellular nutrition.

The good news about all this is that there’s nothing especially difficult about the make-up of semen stains. Protein, fat, sugar – we deal with the clean-up of those every day, right?

We can guarantee you’ve never called it that, but this is a female sexual lubricant. While it’s far less explosive than semen, with sufficiently extended foreplay or sexual fun, it can still mess up your throw pillows, sheets, or stuffed animals.

The good news is that it’s mostly composed of water with some protein and a few dead epithelial cells. Why is that good news? That’s because since it’s mostly protein, we can deal with the mess relatively easily.

The female ejaculate we’re talking about is the thicker, whitish secretion sometimes released on or around orgasm from the Skene’s glands, located on the front wall of the vagina, either side of the urethra.

Skene’s. Though notably, not Skene’s. Alexander Skene had no Skene’s glands, being a man, but he’s credited with their discovery in the late 1800s.

They’re regarded as “the female prostate,” because the ejaculate is mostly made up of the same kind of prostatic fluids found in semen, rich in enzymes that give sperm a chance in the potentially hostile vaginal environment.

It’s worth knowing that the amount of female ejaculate produced, when it’s produced at all, varies wildly. A 2013 study showed fluctuations between 0.3 milliliters and 150 milliliters.

That’s more than half a cupful, and, according to the World Health Organization, significantly more liquid per ejaculation than probably every man on the planet can deliver. The average amount of liquid per male ejaculation is 3.7 milliliters, with even the heavier hitters producing around 6.8 milliliters.

In cleaning terms, enzymes give us more trouble than proteins, but a simple bio-detergent should see them off. Finally, let’s turn to porn’s new big finish…

Want to know the good news? Urine’s easy too – it will respond to protein-cleaners, bio-detergents, and urine-specific spot cleaners, so we may well have an easy cleaning solution for even some of the largest cases if you need one. 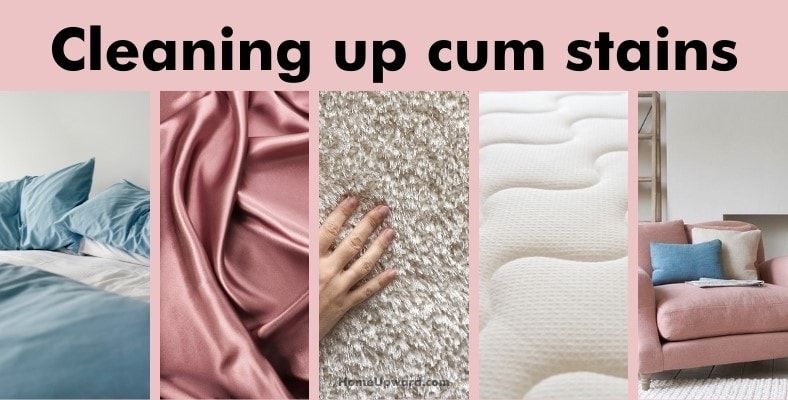 Like spot treatment with hot water. Hot water on a highly protein-based stain like semen could well reconstitute the semen, which could a) turn it viscous and slimy again, and b) essentially ‘boil’ the stain into the fabric, at which point it’s probably there to stay.

Speed is often of the essence with stains – though an immediate “Get up, you’re oozing into the sheets as we speak” tends to break all but the most passionate spell.

Leave it till it’s convenient, then put sheets, underwear, or that cheerleader outfit (whoever was wearing it) in the wash, using a biological detergent, rather than a bleach-based one. Go with a lower temperature if possible, because again, coagulation and yellow stains are not great looks.

The bio-detergent will break up the protein strands, and also make short work of any lingering enzymes. Your clothes, sheets, and material fetishwear should be good as new.

NB – material fetishwear. With leather, rubber, or vinyl, your best course is to let the stain dry, brush off the excess, and buff out the rest.

You should be able to launder these on your normal Delicates setting, but give them a pre-soak in a detergent for Delicates first.

In reality, unless you like short, disappointing dates, you’re going to leave it there, probably until the next day, when the stain has crusted. Use a soft brush to loosen the crust, and then do the whole cool water, detergent, paper towel thing.

Check your manufacturer’s cleaning instructions if you’ve been getting busy on the couch, but generally, blot with cold water, then use an upholstery stain remover (Testing on a small, inconspicuous area first).

Being intimate is a part of life. Likewise, messes and stains happen – it’s normal and it’s ok. However, to help prevent having to deal with it you may want to consider a few things: