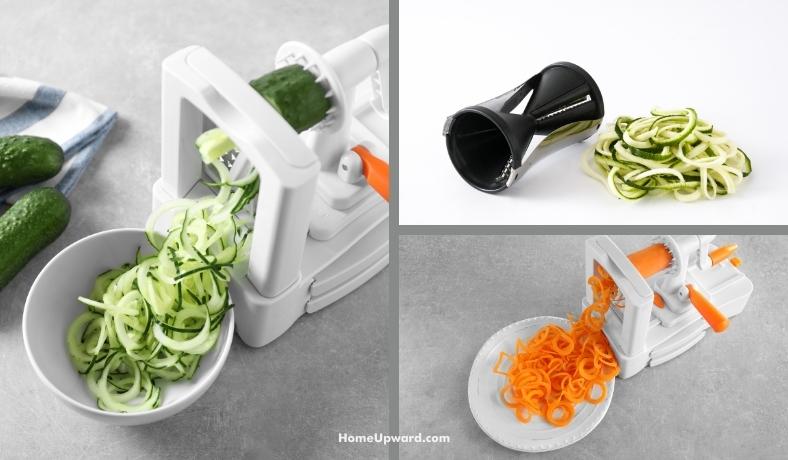 This article is part of the kitchen information main page.

Is a Spiralizer Worth It? 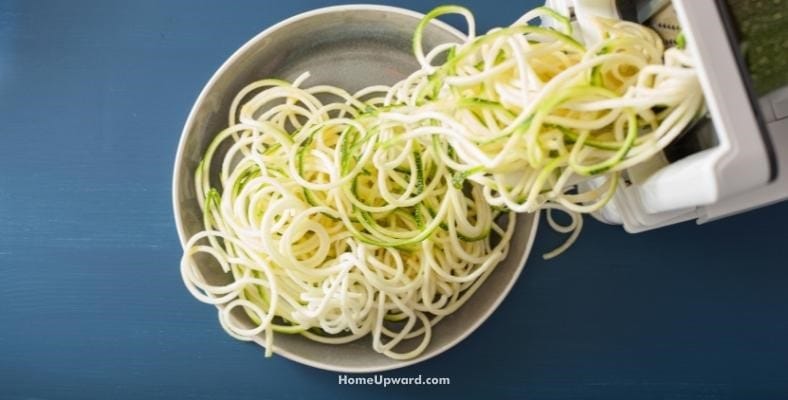 Generally speaking, if you’re after healthy, light foods especially those made with vegetables a spiralizer can be a great investment. They’re also helpful if you have children to feed as well.

There are a few things to consider when making this decision.:

So, is a spiralizer worth it? If you have ideas in mind to spruce up fruits and vegetables, a spiralizer can be a great addition to your kitchen gadgets.

Spiralizers are a lot cheaper than other kitchen gadgets. Some models can cost over $80 but most models cost about a third of that (about $30-$35 or so).

With such a small price tag you can’t go wrong by purchasing one considering how much use you’ll get out of it from inexpensive vegetables.

Spiralizers make it easier for people who are trying to eat more vegetables. When you use a spiralizer you can create dishes that look like pasta but are made up of healthy vegetables.

It makes it easy to convince your family and friends to eat more veggies (especially kids).

By spiralizing fruits and vegetables you can create fun, kid-friendly shapes that your children love. Spiralizing also helps reduce the overall size of portions making it easier to control how much your child is eating.

Additionally, spiralized fruits and vegetables cook quicker than their traditional counterparts so you can involve your kids in the cooking process.

Is a spiralizer worth it if you’re looking to shed a few pounds? Absolutely! Spiralizing your veggies is a great place to start.

Vegetables are naturally light in calories, sugar, fat, and carbs, which means that by swapping out processed foods for some good old veggie noodles, you’re taking in fewer carbs and can lose weight more easily.

But that’s not all – vegetables also have an abundance of dietary fiber. Dietary fibers keep you fuller for longer and aid in digestion.

5. Helpful for Preparing Food for Guests

Preparing vegetables with a spiralizer will quicken the process. You can prepare the salad vegetables in advance and assemble them into a dish before serving.

This also helps you spend more time with your guests and less time in the kitchen.

Spiralizing is a fun way to get creative in the kitchen. If you’re feeling bored with your usual recipes, give a spiralizer recipe a try.

It can be fun to experiment and try out new vegetables and different combinations to create delicious meals. The results are often surprising and delicious, and you’ll be surprised at how quickly you can put together an impressive meal.

7. They Don’t Take Up Much Room

A spiralizer will make your kitchen more efficient because they take up very little space and can be tucked away in a cupboard when not in use.

Disadvantages To Owning a Spiralizer

While a spiralizer can make your life easier in many ways, there are a few disadvantages to owning one. These include:

1. They Can Be Harder To Clean

If you’re not familiar with cleaning a vegetable peeler, cleaning your spiralizer will be more challenging. It’s even harder to remove the already peeled vegetables.

2. One More Thing To Take Up Space

If you don’t have a lot of space to store your spiralizer, this could be a problem. Spiralizers do take up room in your kitchen, and if you have limited space, it can be challenging to find a place for them.

3. Less Flexible Than Some Other Food Appliances

People use spiralizers primarily to make vegetable noodles making them less versatile than other appliances. For example, you can’t use a spiralizer to make bread or cut vegetables into ribbons.

4. Best for People Who Enjoy Salads

Another disadvantage of owning a spiralizer is that they’re best for people who enjoy salads. If you don’t like eating leafy greens, then a spiralizer probably isn’t the kitchen gadget for you.

What Is a Spiralizer Good for? 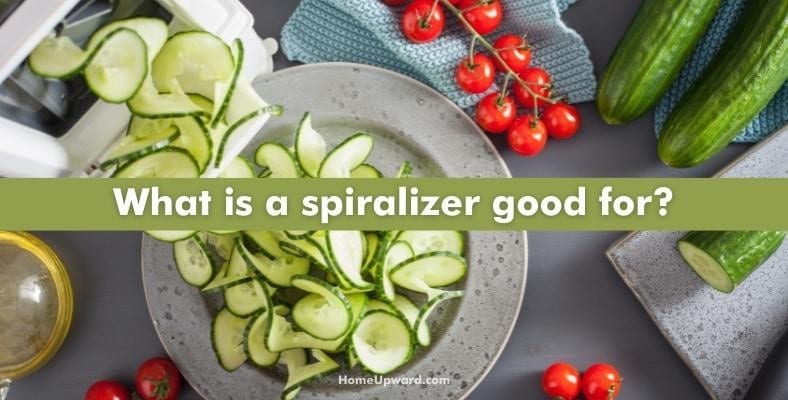 One can use a spiralizer to create long, spaghetti-like strands out of vegetables. A spiralizer can be electric or handheld, and some models can even get mounted on a tabletop.

Spiralizers are a popular kitchen gadget because they offer a healthy alternative to traditional pasta noodles.

Vegetable noodles are lower in calories and carbohydrates than pasta and provide a good source of fiber. In addition, spiralized vegetables can feature in various recipes, from salads to stir-fries.

What Are the Best Vegetables To Spiralize? 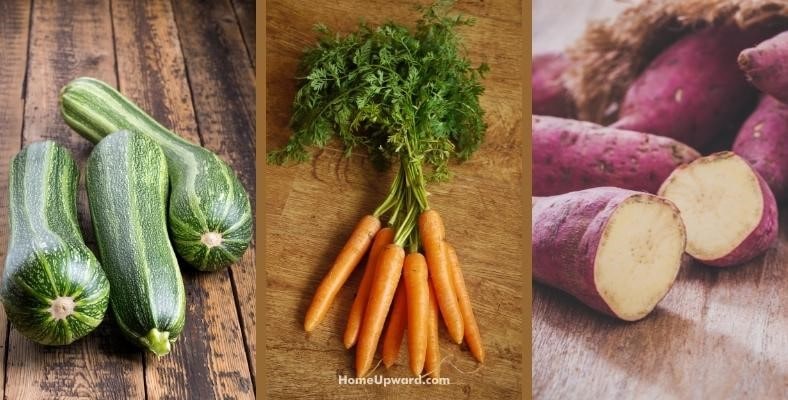 While you can spiralize many vegetables, some work better than others.

If you’re looking for the best vegetables to spiralize, stick with firm-fleshed veggies like zucchini, carrots, and sweet potatoes. You’ll be sure to end up with delicious and evenly-spiraled noodles.

How Do You Use a Spiralizer? 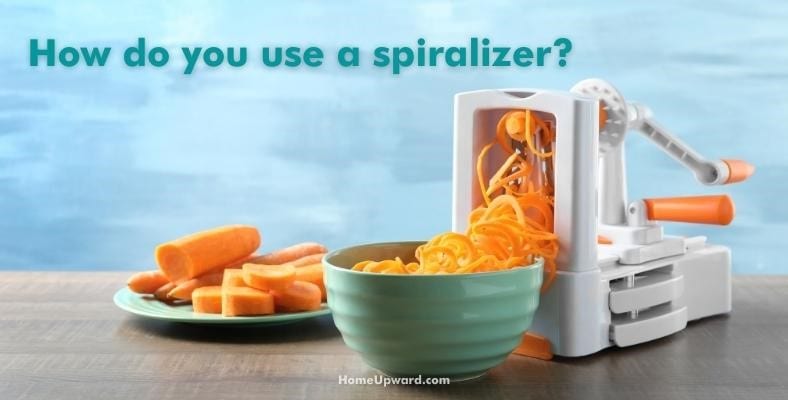 Spiralizers use blades to cut vegetables into thin strips or noodles. To use a spiralizer:

Spiralizers can create spirals from various vegetables, including carrots, squash, and cucumbers. You can also to create fruit noodles such as apple chips.

Use a spiralizer to create healthy and delicious meals that are easy to eat and digest. 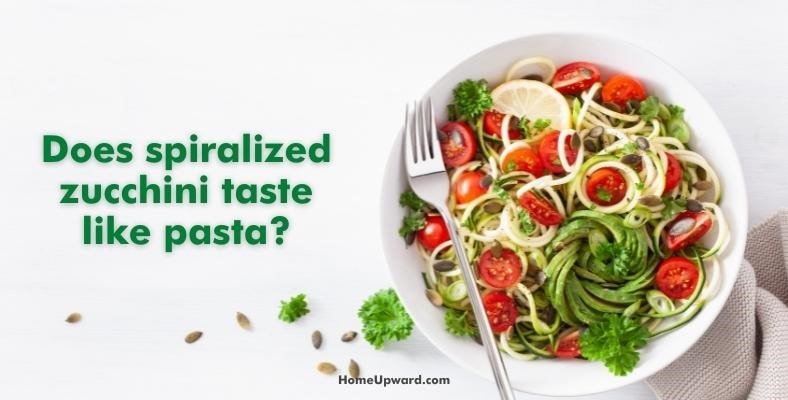 The short answer is no; it does not taste like pasta. Remember that these noodles are a substitute for pasta so you can’t really expect them to taste like pasta. Not only does it taste different but zucchini is watery whereas pasta is starchy.

In addition, spiralized vegetables don’t have the same texture as pasta. Instead of being soft and squishy they’re crunchy and require more chewing.

Overall, zucchini noodles have a very mild flavor that can be enhanced with herbs and spices just as would be the case with pasta. Zucchini noodles also have a much lower calorie count than pasta.

How Much Does a Spiralizer Cost? 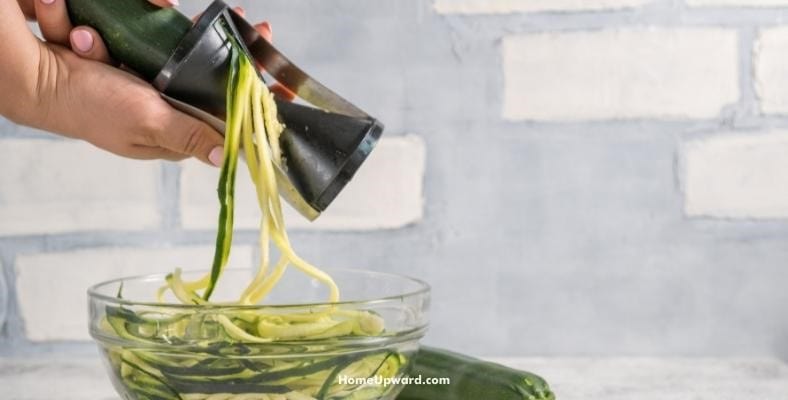 The cost of a spiralizer will depend on the particular model: how complex it is and whether or not you opt for additional accessories and features. Prices can range from less than $10 for basic spiralizers to $89 or more for high-end models with more features.

In addition, spiralizers are relatively simple machines and don’t typically contain any advanced technology that could drive up costs. As such, you should be able to find a model suitable for your needs at an affordable price point.

◀ PREVIOUS: How to clean the bottom of a Le Creuset pan
NEXT: What is a wet bar in a home? ▶