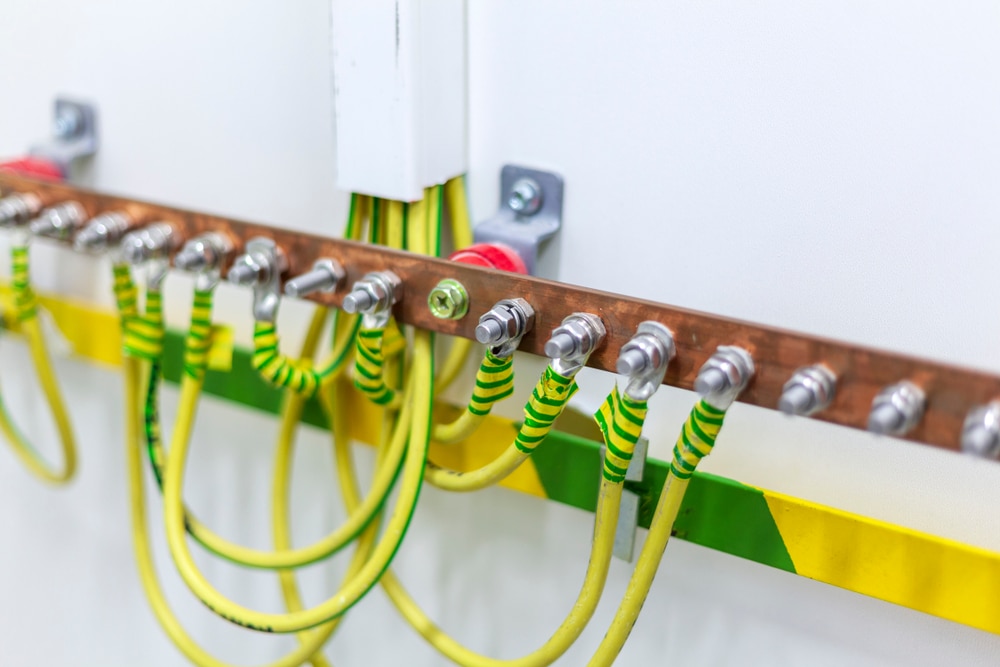 Ground wires play an important role in home and building wiring and are supposed to be a safeguard against several kinds of safety risks. But is it possible to get hurt by them?

And what other important things are there you might not know about? In this article I’ll share the answer to your questions plus much more.

Can a ground wire shock you?

If the electrical system in your home is working correctly, then touching a ground wire shouldn’t give you an electric shock. Ground wires are a backup plan or fail safe designed to limit or reduce the chance of electrical fires or shocks. They run parallel to the live wires, the ones that actually carry electricity in and out of your home and appliances.

The idea is that if one of those live wires fails, perhaps because it has been gnawed through or cut, the electricity jumps over to the ground wire. It takes the ground wires out of the home and into a grounding bar that lies deep in the ground outside your home.

You can think of it as a relief road that funnels traffic away from the scene of an accident. 9 times out of 10, electricity is not running through your ground wires because your live wires and appliances are working perfectly.

If, however, there is a break in the main circuit, then it is not safe to touch the ground wires. In this situation, the ground wire will be carrying the electricity to the grounding bar.

Sometimes, you can’t see or know whether electricity is using the ground wire, which is why it’s best not to touch any kind of electrical wires. If you need to do maintenance, the smart thing to do is kill the power to that circuit with your circuit breakers.

Can a Small Electric Shock Hurt You? 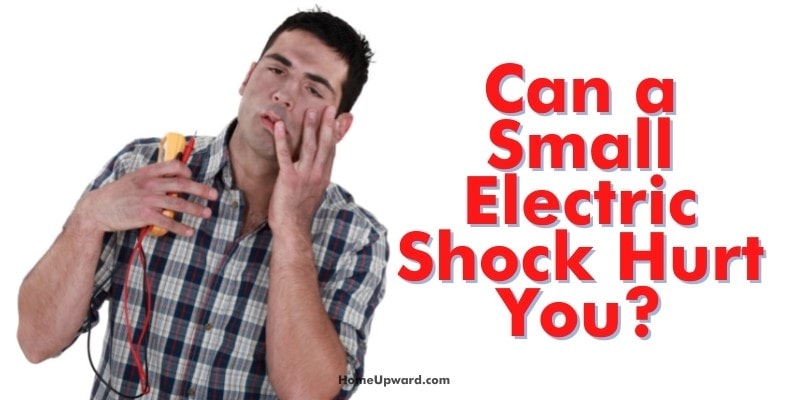 Generally speaking, shocks from wires or devices that operate under 500 volts do not cause significant or lasting damage to humans.

However, there are so many factors that influence the strength and lethality of electric shocks. It is naive to assume that just because the voltage is under 500 volts, you’ll be ok.

The first thing to think about is the current being applied. The current is proportional to voltage, in that higher voltage devices tend to have a higher current. However, the resistance of the pathway can change the current.

Think of it as water flowing through a hose where the water flow is the current. If you increase the resistance on the hose, perhaps by standing on it, then the current decreases.

However, if you increase the overall pressure or voltage in the system, perhaps by turning off other taps, the current increases.

There is a scale that details how much damage a shock will do based on the current it carries. Shocks that carry above 5mA of current are considered to be potentially dangerous and even lethal.

The other thing to think about is where the shock travels through your body. A small shock that passes through your heart muscles can pose a much bigger risk than a larger shock that avoids the heart.

Can an Electric Shock Kill You Later? 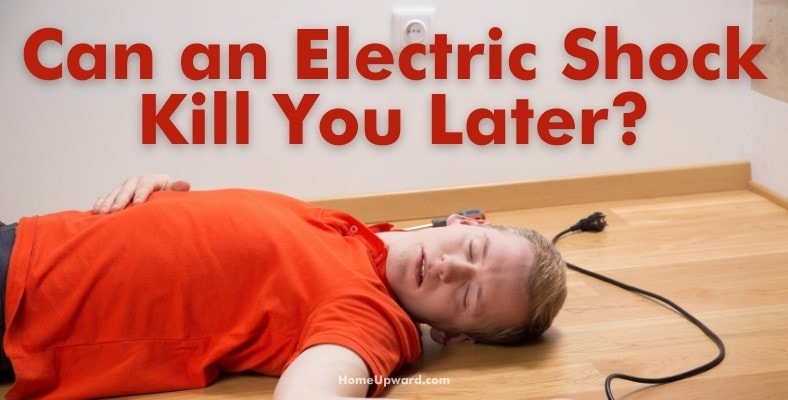 This is because some electrical shocks aren’t lethal in their own right, but they can cause injuries and illnesses that eventually lead to death.

Most of the time, electrical shocks kill because they cause the heart to go into fibrillation. In essence, fibrillation occurs when the nerve signals going to your heart are disrupted by the electricity.

This causes your heart to flutter rather than pump properly. Without blood and oxygen, patients die.

This is a fairly immediate reaction to an electrical shock.

However, smaller shocks that don’t cause fibrillation can cause a lot of bodily traumas that can lead to death.

For example, one of the most common injuries associated with electrical shocks is electrical burns. This is where tissues are literally burnt from the heat of the electricity passing through.

Sometimes, people can have fairly mild electrical burns on their skin but significant damage to internal tissues and organs from the burns. These internal issues can cause death a few hours or days later if untreated.

Electrical shocks that travel through the body can also cause a range of mental health problems. Many people who sustain serious shocks suffer from significant mood swings, depression, anxiety, and PTSD.

While deaths from these conditions are mostly ruled as suicides, some argue that the initial electrocution was ultimately to blame.

Finally, shocks that pass through the brain can cause neuropathy. This means damage to the nerves and spinal cord. This is not always fatal, especially if the neuropathy emerges straight after the shock.

When neuropathy develops days, weeks or months after the initial accident, the prognosis is much worse. It can continue to develop until the body begins to shut down.

Is It Bad to Get Shocked by An Outlet? 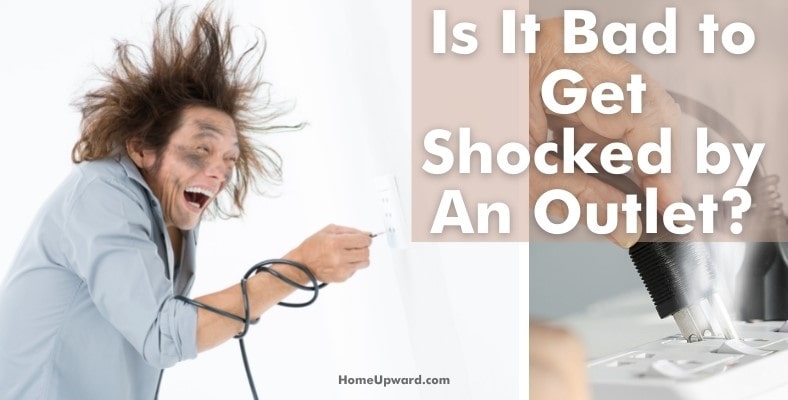 I’d argue that getting shocked by any kind of appliance or outlet is less than ideal. Even if it doesn’t do lasting damage, it can still hurt!

However, most of the time, getting shocked by an outlet in the home isn’t an immediate problem. There are factors that change this, but for an adult with dry skin, you’ll usually be ok.

By ok, we mean that you don’t need to rush to the ER. You’ll still want to see a doctor when you can, just to check in.

It can become a problem if babies or young children receive a shock from an outlet. They have a lower amperage threshold for what is known as the ‘let go’ reflex. Essentially, this means that their muscles contract at lower currents, meaning they might not be able to let go of the thing that is shocking them.