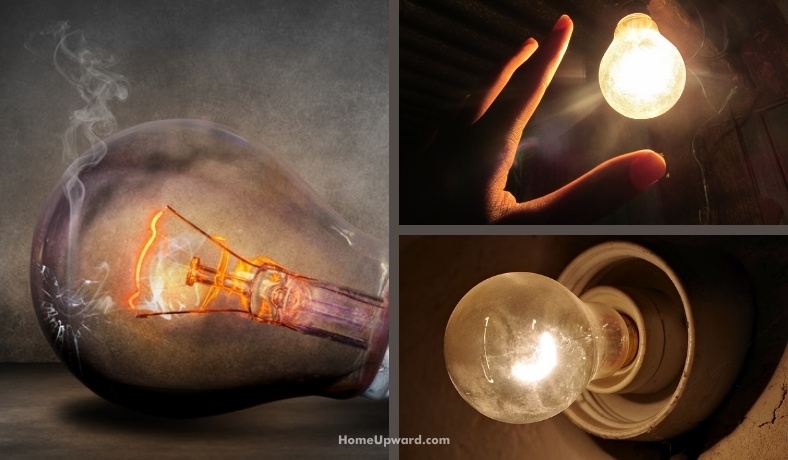 You’re in for a treat – I’ll not only tell you about LED light bulbs and heat, but also a ton of great info. Everything from LED bulb life to how they work…and much more!

Do LED lights get hot? 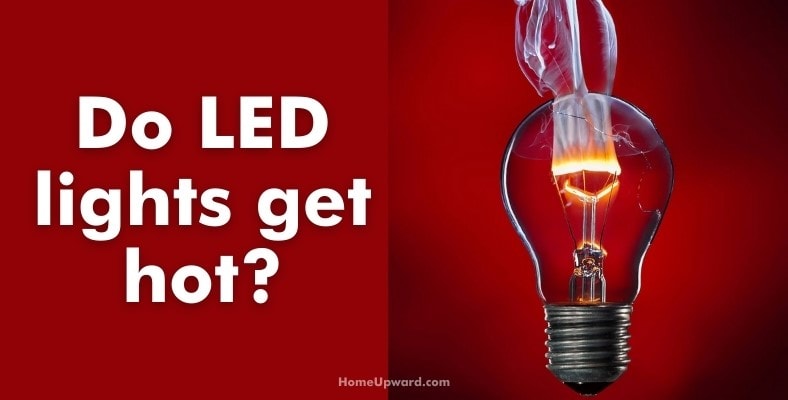 LED lights have been saving users energy since their creation in 1961. Besides their energy efficiency, they are touted for being more durable than other light fixtures. Any light bulb can become hot because energy is running through the circuit that makes the light bulb work. If this energy cannot be transferred to emit light, it becomes heat. But do LED lights get hot enough to be a danger?

The semiconductors inside an LED are susceptible to heat damage. LED lights need to ventilate the heat away with a cooling system such as a fan. Poor ventilation only makes the LED hotter and can cause the LED to stop working. Adding these cooling systems requires the LED to conduct more energy.

These extra components can take away from the energy efficiency of LED lights.

Any light bulb can be a fire hazard if it is not used safely. Properly installing LED lights will decrease the chance of starting a fire. LED light fixtures and bulbs should come with instructions explaining their compatibility with different types of light fixtures. A lamp may have a dimmer function but not every LED light bulb has the ability to dim.

The Consumer Product Safety Commission has recalled LED lights in the past. In 2019, QTOP LED Work Light Replacement Bulbs started smoking and caught fire. No one was injured, and no building burned down, but even a tiny electrical component can easily start a big fire if it malfunctions.

Instructions for light bulbs usually suggest using a shade for a lamp and keeping the space around the light fixture uncrowded.

How do LED light bulbs work? 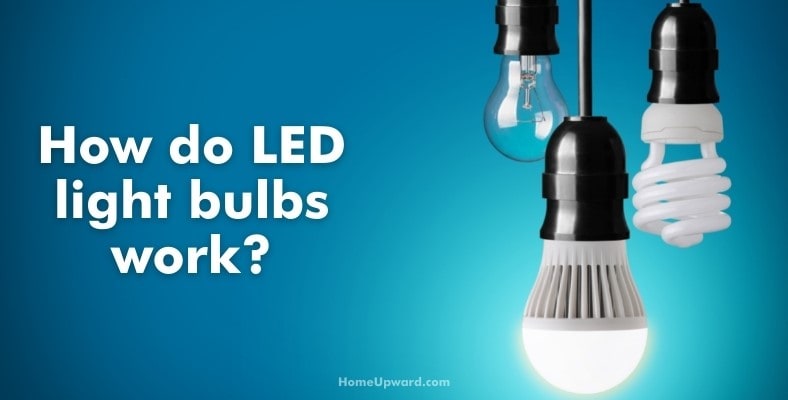 For example, a phosphor-covered blue LED will emit white light.

How long do LED lights last? 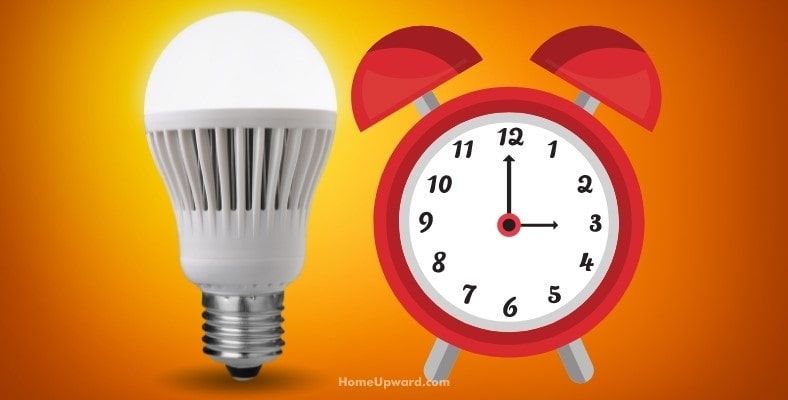 The life of a LED can range from 25,000 to 100,000 hours. A traditional incandescent light bulb usually lasts between 1,000 and 2,000 hours. However, if any component of an LED light wears out, its life expectancy will decrease. Proper manufacturing and an efficient cooling system are vital for the LED’s lasting power.

Do LED lights burn out?

LED lights burn out differently from other kinds of light bulbs. While a halogen light bulb might fail from overheating, LED lights will lose lumen power over time. A lumen is a unit of measurement for light. The semiconductor in the LED cannot conduct energy forever. The LED will become dimmer and dimmer before it goes out for good.

LEDs vs. incandescent and CFL bulbs 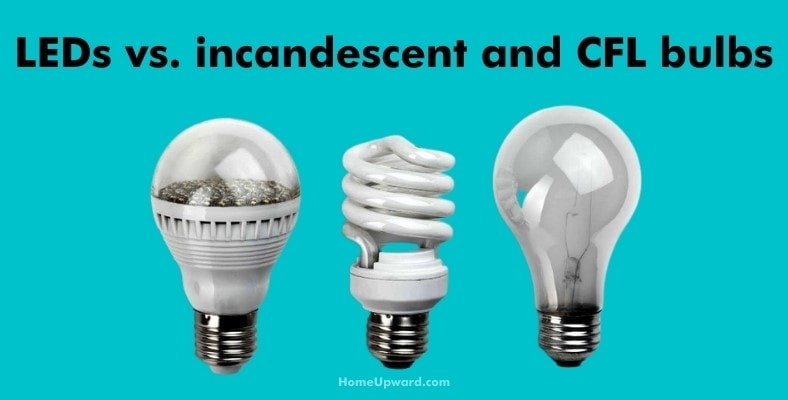 CFL, short for compact fluorescent light, bulbs are filled with mercury vapors. An electric charge causes the mercury vapors to flash a neon glow. One CFL bulb contains around five milligrams of mercury. Even with the tiny amount of mercury, breaking a CFL bulb could lead to exposure to the dangerous material.

The Environmental Protection Agency has recommended ventilating the room with the broken bulb. You should keep anyone out of the room for at least fifteen minutes. Once the room has been ventilated, pick up the bulb pieces with gloves or another disposable material. Use a wet paper towel to pick up any mercury powder.

The EPA also recommends throwing the pieces away in a plastic bag or glass jar.

LED lights do not use the same amount of energy as an incandescent bulb to create light, making them less likely to blow. A typical LED will only lose about 20 percent of the energy that will then be turned to heat.

LEDs do not contain the hazardous vapors of a CFL bulb. However, the semiconductor materials in LEDs are considered rare. You might be trading a more expensive LED light fixture for greater energy efficiency.

What’s the difference between halogen and LED bulbs? 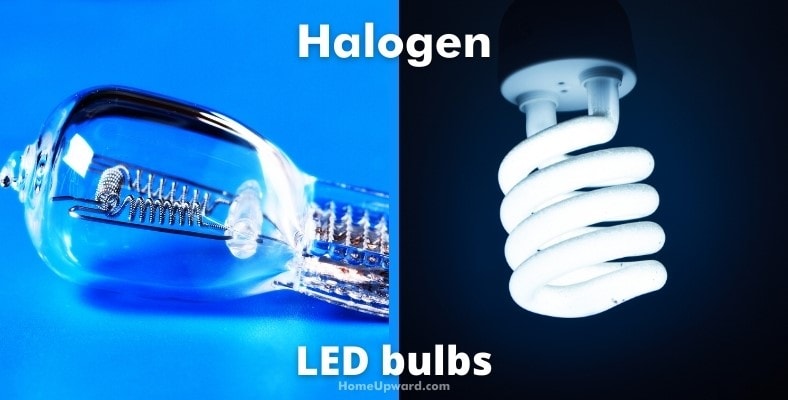 While the halogen bulb can take on extreme heat and can handle a lot of energy, the bulbs can easily burn someone touching them. Halogen bulbs can also explode when they overheat.

They can start fires if their heat meets something flammable. Fortunately, you can dispose of them without worrying about toxic materials staying behind in your trash.

Even with these risks, halogen bulbs have advantages. They produce a powerful light and take no time to warm up. The color temperature of halogen bulbs looks closer to natural sunlight than blinding neon. These super bright bulbs are a favorite choice on film sets and for outdoor nighttime events. Producing halogen bulbs tends to cost less than LEDs. 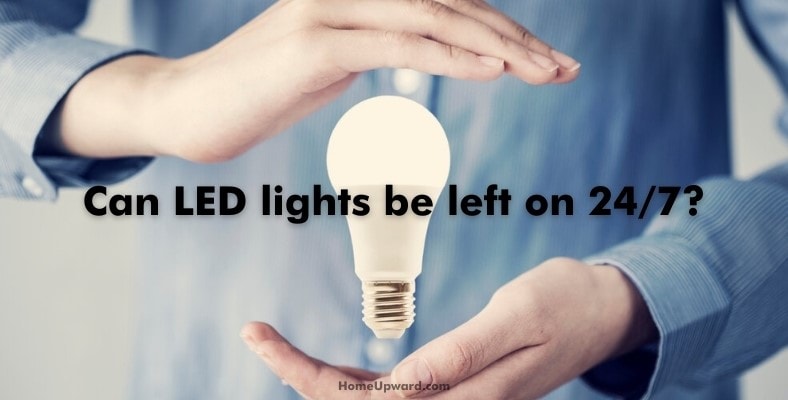 Leaving any light bulb on all day will waste energy. Using a battery-powered device or gasoline-powered machine would be no different. You could leave a LED light on constantly, but it will stop working eventually.

There is currently no light bulb that can last forever. With 8,760 hours in a year, an LED light is predicted to last 100,000 hours (for about eleven years).

◀ PREVIOUS: What are full spectrum light bulbs?
NEXT: LED light bulbs vs compact fluorescent – which is better? ▶