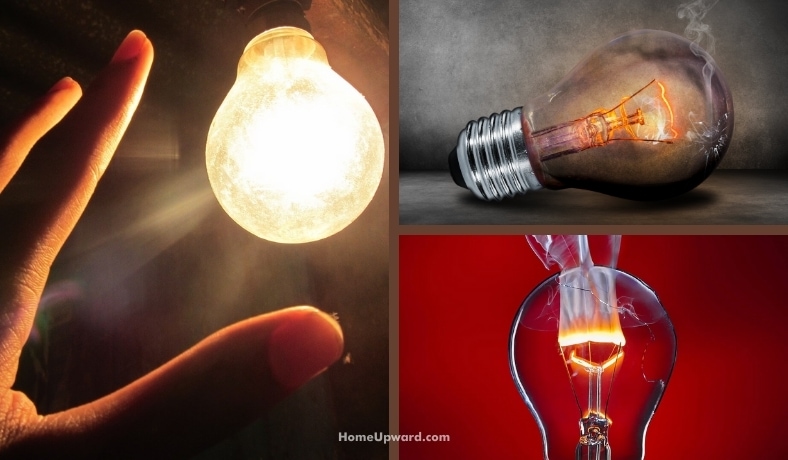 Yeah, they’re the new technology and they’re everywhere! But are LED bulbs plagued by heat like traditional bulb types? And are they a potential heat or fire hazard?

I’ll explain everything inside, to let’s dig in!

The short answer is in some cases, yes. Hot light bulbs can, under certain circumstances, create a fire hazard within a light fixture which can then spread.

Additionally, hot light bulbs can be a burn hazard to skin because the surface of some bulbs such as incandescent or halogen can reach several hundred degrees Fahrenheit in temperature. That’s also a potential fire hazard if a high-wattage bulb that’s extremely hot is close to potentially flammable liquids or materials.

Even a low to medium wattage bulb can start a fire if it’s able to fall and break, exposing the hot filament inside.

How Hot is a Light Bulb?

The maximum temperature varies depending on the type of bulb. Incandescent bulbs typically produce more heat compared to LED and fluorescent bulbs. The higher the bulb wattage rating, the more the heat generated.

Human skin registers pain when in contact with anything 111° or above, and first-degree burns begin developing at 118°. Many types of light bulbs are hot enough to cause severe burns.

Most burns occur while changing a bulb. Before handling a light bulb, shut off the fixture and let it cool for an appropriate amount of time.

LED light bulbs typically don’t get very warm and take only a few minutes to cool. On the other hand, higher wattage incandescent bulbs could potentially can take 15 to 30 minutes or even more to cool off.

Another potential hazard that can occur from touching light bulbs involves skin oil residue. If an incandescent bulb is handled frequently the natural oil produce from pores on your skin can transfer to the bulb glass surface and can cause it to explode once it’s hot.

Conditions Where a Hot Light Bulb Can Start a Fire

If a Light Bulb Gets Dusty, Is It a Fire Risk? 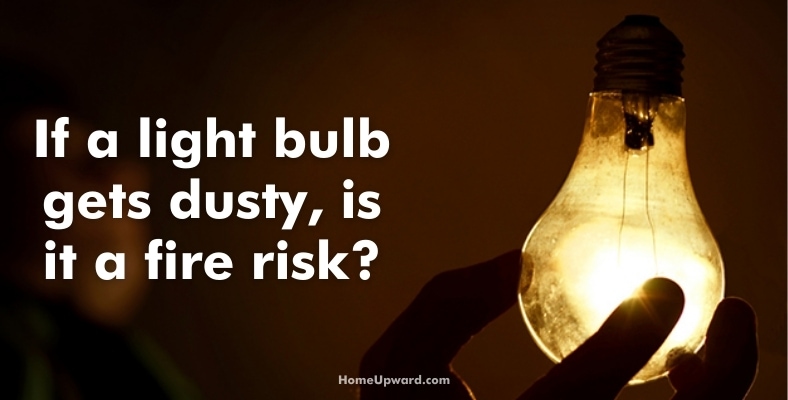 However, thicker dust can potentially smolder after extended exposure to a hot bulb, so you’ll want to be careful around woodworking equipment, grain storage, and other situations that create larger dust particles.

Materials such as paper and cloth pose a far greater fire risk than household dust. Make sure the light bulb doesn’t directly touch any flammable material.

What Happens if You Leave a Light Bulb on Too Long? 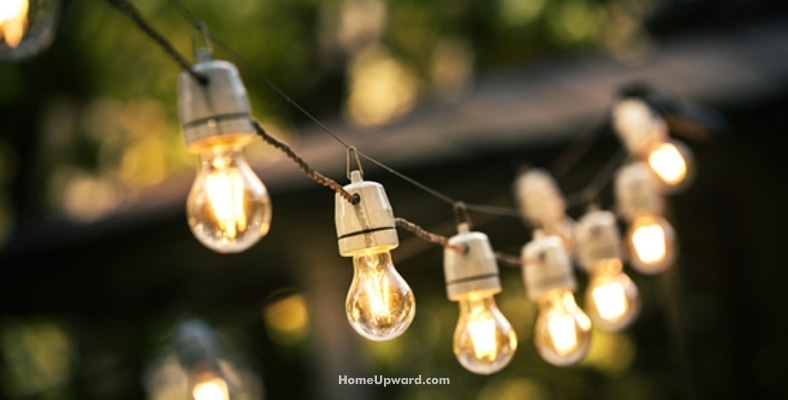 Assuming the bulb’s wattage doesn’t exceed the recommended limit of the fixture, leaving a light bulb on for a long time shouldn’t pose any significant safety issues. Still, it’s also not necessarily a good idea.

How long you should leave a light on depends on the type:

Are hot light bulbs dangerous if a light has been left on for a long time? Yes, but you can stay safe by avoiding touching the bulb directly, allowing it free air so it doesn’t exceed normal temperature, and making sure the light fixture is secure and can’t fall and allow the bulb to break or touch something nearby.

Do LED Lights Get Hot Enough to Start a Fire? 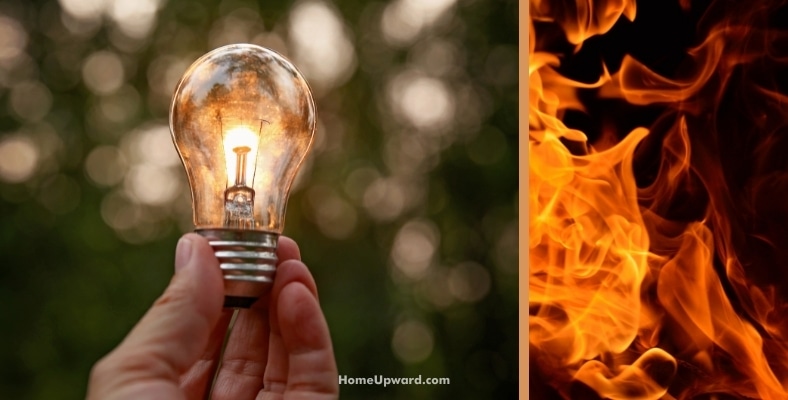 No, standard LED bulbs do not generate enough heat to start a fire like older bulb technology such as incandescent or halogen. LED lighting requires much less electricity than incandescent and fluorescent lights.

Generally speaking, LEDs are less likely to start a fire than the other bulb types as the internal light-emitting diode (LED) components work off a very low voltage.

However, poorly-made LEDs can have insufficient heat dissipation. A lack of heat dissipation can result in a bulb that becomes hot after prolonged use. When you first use an LED bulb it’s a good idea to check it periodically for about five or six hours to see how it does.

Also, you shouldn’t use LEDs in an airtight fixture, such as a porch light, dome light, or recessed ceiling light. Without proper airflow, LEDs can flicker, emit smoke, and fail. (This mainly applies to models with a high lumens output rating as they use more power and can build up or heat than lesser models.)

Are LED Light Bulbs Hot to the Touch?

LED bulbs like 30W, 60W, and 100W equivalent typically are not hot to the touch and only get slightly warm. Very high power models can generate more heat and get a bit hot but that’s not common for standard household A19 style bulbs, halogen LED substitutes, and bayonet style models.

LEDs don’t emit infrared radiation or have a burning hot filament like older models which drastically reduces the heat they create. Also, they consume much less energy than others which means far less power is wasted as heat.

The diffuser, which is the clear or translucent part of the bulb is the coolest and generally comfortable to handle. However, the heat sink, which is an end part designed to draw heat away from the central part of the bulb, can reach temperatures between 140° and 212° Fahrenheit in more extreme cases.

In general, however, standard LED bulbs are under 100°F or so to the touch – only mildly warm.

◀ PREVIOUS: How much energy does a heat lamp use?
NEXT: What color light bulb repels insects? ▶