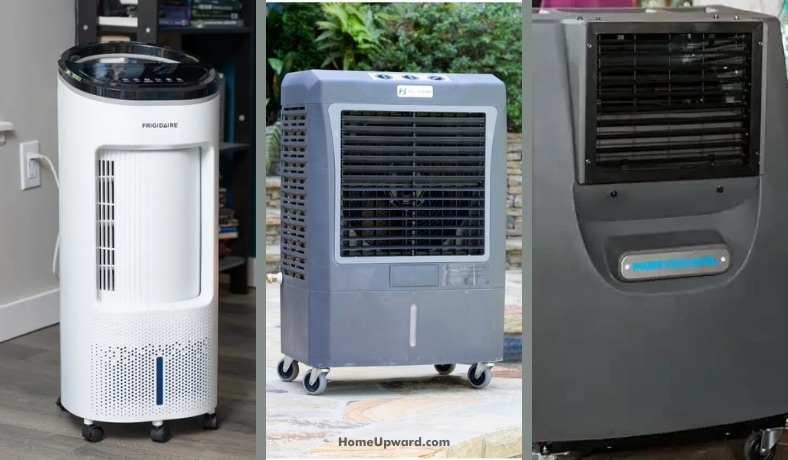 Keeping your home cool during the hot summer months can feel like an uphill battle. Evaporative coolers, commonly known as swamp coolers, are a cost-effective option many use to keep their homes cool in hot weather.

Whether you own a swamp cooler or are considering buying one, you’ve probably asked, “How cool can a swamp cooler get?” If so, you’re in the right place. We’ll answer that question and more in this article!

This article is part of the fan information main page.

How Cool Does a Swamp Cooler Get? 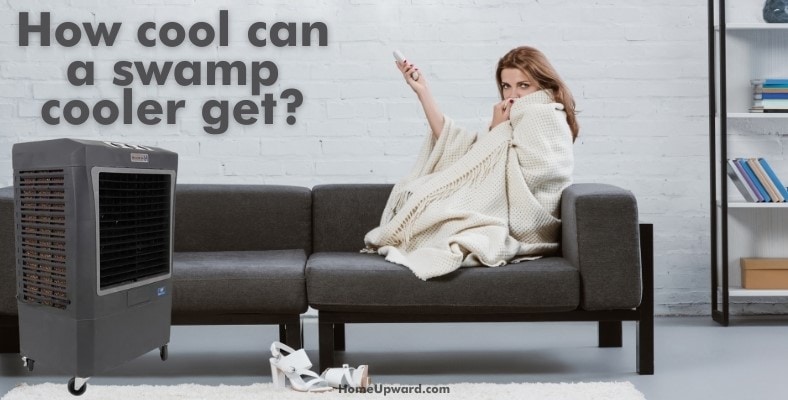 It’s impossible to say how much a swamp cooler will cool your home. There are several factors inside and outside your house that will impact a swamp cooler’s performance. However, depending on the climate where you live, swamp coolers can cool inside air significantly.

They will be most effective as coolers in places where the relative humidity is between 26% and 45%. Anything above 45% and the swamp cooler won’t produce very cool air. By contrast, a swamp cooler can work as well as an air conditioner in hot and dry conditions.

Despite the name, these coolers don’t actually work well in swampy, humid climates (such as Florida) because they need hot, dry air to operate properly.

While only 2% of American homes have swamp coolers, they are often a fixture in the arid Southwestern United States

How a Swamp Cooler Works 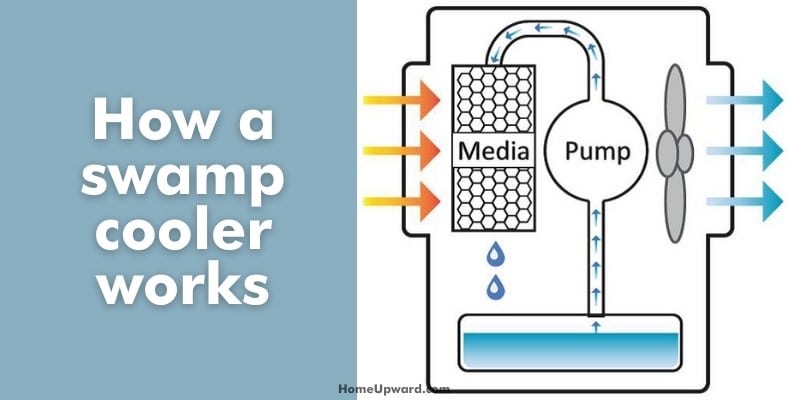 To get an idea of how a swamp cooler works, think about a time when you stepped out of a pool on a hot day. As the water evaporated, your body cooled down. Swamp coolers use the same mechanism to chill the air in your home. Of course, they are simple machines, especially when compared to air conditioners.

Besides the fan, the swamp cooler also has a water supply, which is often a tank and where you’ll find the pads. If your swamp cooler is a permanent unit, it’ll tap into your home’s water lines. Lastly, swamp coolers have an air filter.

Swamp coolers are open systems that need air flowing through a building to direct cool air. They won’t work properly without the hot, dry air needed to evaporate the water while expelling the hot air inside your house. Swamp coolers come in various sizes, from window units to large central units.

When using a swamp cooler, you can control airflow to different parts of the house by opening and closing doors and windows. Like air conditioners, they can use air ducts, but this is less common because swamp coolers require much larger air ducts due to their greater airflow.

How to Use a Swamp Cooler Effectively 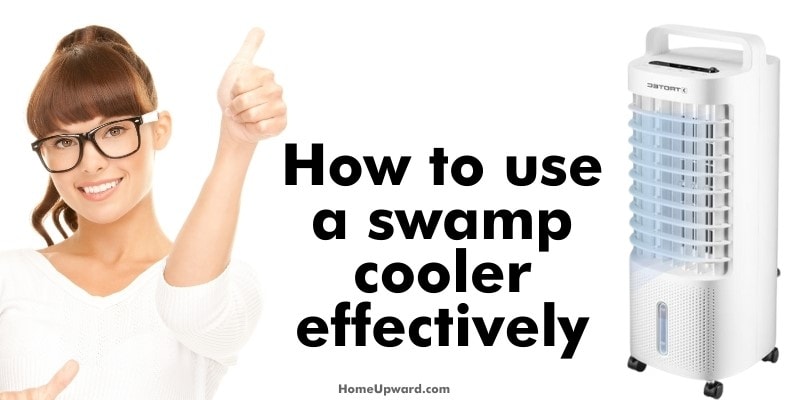 The best way to use a swamp cooler effectively is to ensure you’re using it in the right environment. Unfortunately, they tend to struggle to cool your home on humid days, so it’s best to use alternative equipment, such as an air conditioner, when you know it’s going to be muggy. If you live in the Southwest, avoid using a swamp cooler during monsoon season.

Let’s take a look at how to best use your swamp cooler, depending on the environment.

You’ll probably use your swamp cooler primarily indoors. If you live in a hot climate, you may be wondering how cool it will get indoors, but that is impossible to predict exactly. However, there are some things you can do to maximize the cool air your swamp cooler produces.

If you don’t live in a hot, dry climate, a portable swamp cooler is your best bet. You can move it from room to room as needed and store it when it gets too humid. Swamp coolers become uncomfortable when the relative humidity gets too high.

This may seem counterintuitive if you’re used to using an air conditioner. Unlike air conditioners, swamp coolers need a constant flow of fresh air to work. As water evaporates into the air when you use a swamp cooler, it creates moist air. Now, as we’ve seen, swamp coolers and humidity just don’t mix well. Opening a few windows lets dry air in and damp air out.

Portable swamp coolers will only cool one room at a time. Before using a swamp cooler, it’s a good idea to check its specifications to see how many square feet the unit will cover. Consider moving the swamp cooler so its fan blows in your direction, whether you’re sitting on the sofa or at the kitchen table. Move it around until you find the ideal spot.

Although many people use swamp coolers indoors, you can also put them to use outside since it’s quite effective in keeping you cool. All you have to do is plug them in and add water. They work great for backyards, covered patios, decks, or tailgating.

If you have ever worked in a garage during the summer, you know how quickly temperatures can skyrocket, even with the door open. Swamp coolers offer a solution when it comes to cooling off semi-outdoor spaces in humid and non-humid climates. Just be sure to crack the garage door, so fresh air can circulate while the swamp cooler is operating. 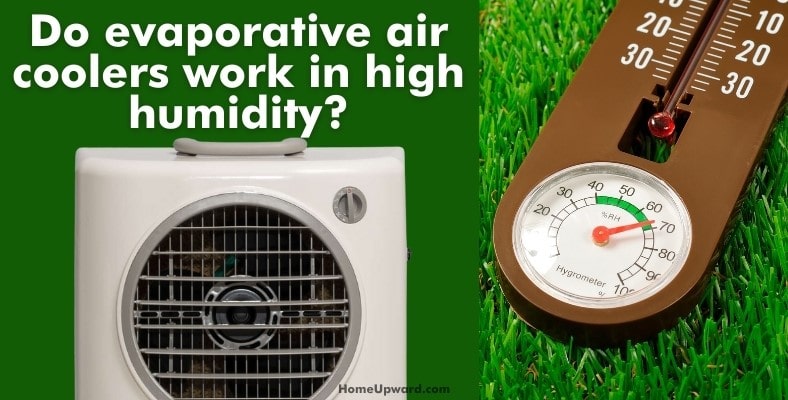 You can use evaporative air coolers in semi-outdoor and outdoor areas in any climate, including when it’s humid. However, swamp coolers don’t work well indoors in damp regions because they add moisture to the air as they cool. Using a swamp cooler in humid areas will make your home feel muggy despite the cool air it generates.

Evaporative air coolers require dry air to operate effectively, which is lacking in high humidity. When water fails to evaporate, a swamp cooler will stop cooling. For the same reason, days with high humidity often feel hotter than warmer days with less humidity. If you want to get the most out of your swamp cooler, don’t use it indoors on high humidity days.

◀ PREVIOUS: What are the different wind settings on my tower fan?
NEXT: How does a mist fan work? ▶