Misting fans are fast becoming a popular alternative to air conditioners. You may have heard of them and might consider buying one for yourself. However, you may still wonder, “How does a mist fan work?” The answer might surprise you.

Below, we’ll go over how mist fans work and other things to keep in mind before buying one. By the end, you should have a better understanding of mist fans and how they can take a huge chunk off of your electricity bill.

What is a Mist Fan? How Do Misting Fans Work? 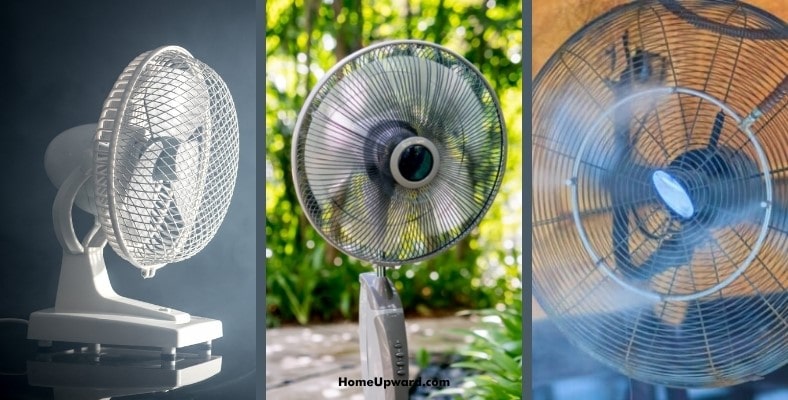 You might be thinking, “What is misting? It sounds like a revolutionary new technology!” Well, it’s actually a fairly simple mechanism. Essentially, a misting fan is just a normal spin-fan with a small water nozzle attached to the front of it.

The misting fan blades spin as they normally would while the nozzle projects a fine layer of water in front of it. Air is pushed forward by the fan, carrying the mist with it wherever it goes. The result is a cooling mist that does wonders for keeping you cool during hot summer days.

Misting fans are particularly useful for outdoor patio areas, construction sites, or anywhere else where people may gather during a hot day. They’re fantastic alternatives to traditional air conditioners since using an air conditioner outside is prohibitively expensive. 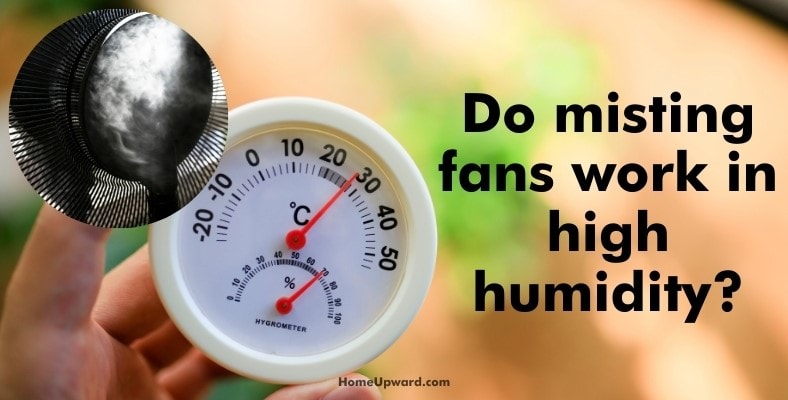 A mist fan might seem like the perfect thing to have around on a hot summer day, but what about when it’s unbearably humid outside? Wouldn’t the mist just make everything muggier over time?

The truth is that while mist alone might make humidity worse, the addition of a fan makes it the perfect solution for intense humidity. That’s because moving air speeds up the process of evaporation, where water changes from liquid to gas form.

For example, sweat on a humid day might uncomfortably stick to your skin. A fan helps to evaporate that water buildup, cooling you off much faster. The same concept applies to misting fans. When the mist lands on your skin, the fan makes the water evaporate when it usually wouldn’t.

However, it’s important to note that a misting fan does work better in drier areas. Although it will still help cool you off when it’s humid outside, a misting fan is more efficient when there is less moisture in the air. No matter how fast a fan moves air, water still evaporates quicker when humidity is low.

Also, you definitely shouldn’t use a misting fan indoors, especially when it’s humid inside. The water won’t evaporate quick enough, leading to a much higher humidity level than if you turn the fan off. Better to turn the mister off and keep the fan running while inside.

Which One is More Pricey: Mist Fan or Air Conditioner? 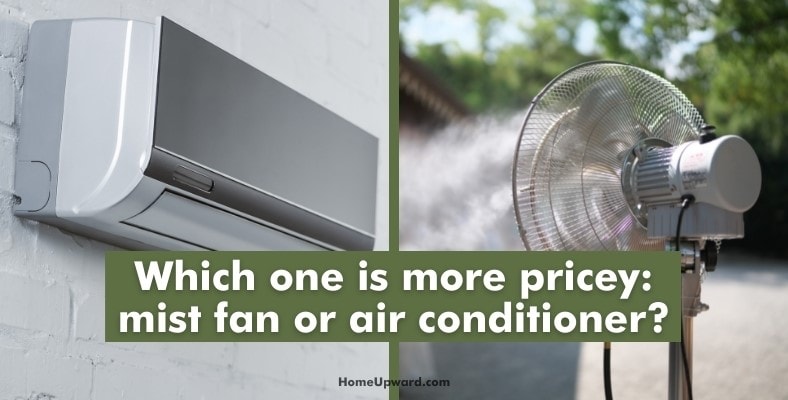 In general, air conditioners are expensive pieces of equipment. Misting fans can be a cost-effective alternative to air conditioners, especially if you’re looking to cool outdoor spaces.

Also, misting fans are often portable, meaning you can change which area you want to cool down without much effort. Although there are portable air conditioners as well, they’re often bulky and still very expensive.

To give you an idea of what the market looks like, let’s take a look at two of the best products on the market: The LG BTU DOE Portable Air Conditioner and the Geek Aire Misting Fan.

The LG Air Conditioner costs around $600, a large figure for something that you’re probably only going to use for a few months per year. The Geek Aire Misting Fan, on the other hand, costs only $150, give or take. See the difference? You can save a ton of money upfront and in the long run by purchasing a misting fan instead of an air conditioner. 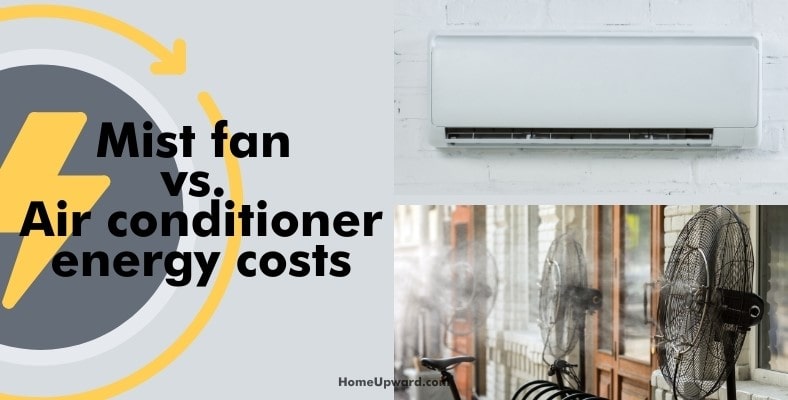 It’s no secret that air conditioners account for a large chunk of anyone’s electricity bill during the summertime. This is because when it gets hot outside, we tend to stick indoors where it stays cool. As a result, however, that means we keep the air conditioner running for longer, increasing our electricity consumption even more.

Mist fans only use about the same amount of electricity as an average fan might. There’s less energy needed to spin fan blades while cooling hot air requires much more. Overall, you’re going to spend much more money running an air conditioner than you would be using a misting fan.

However, air conditioners generally work better indoors than mist fans. So while you might think that you’re saving money by running a mist fan inside, you may just be wasting money, especially if it’s humid. The mist fan may increase the indoor humidity, leading to you wasting electricity and worse conditions than before you turned it on. 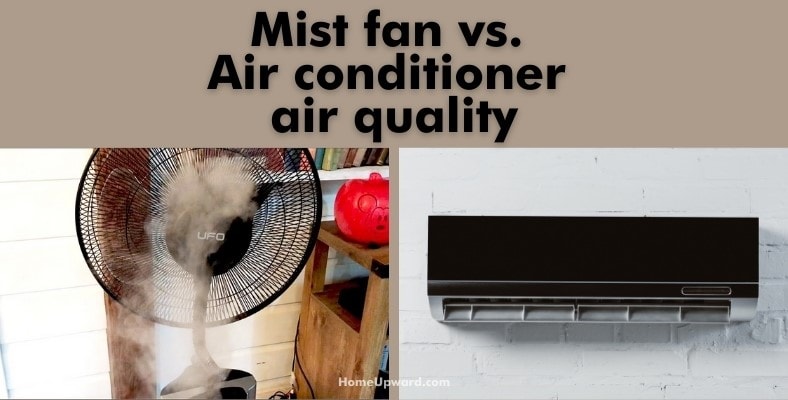 One lesser-known benefit of mist fans is that they actually reduce air pollution in their immediate area. Mist clings to pollutants in the air, bringing them down to the ground, preventing them from entering your nose, throat, and lungs. China even uses large mist cannons to combat intense air pollution in its cities.

Air conditioners, on the other hand, don’t do anything to reduce air pollution. In fact, excessively using air conditioners can make the air drier, leading to dry skin, cracked lips, and dry throats. If you work around air conditioners, you might stay cool, but you’ll quickly get annoyed with how dry the air can become.

Using a mist fan is a great way to reduce the amount of smoke you create at a barbeque, decrease air pollution on smoggy days, and even help with your allergies on tough pollen days!